Finding Compassion in a Conflicted World

Posted on January 29, 2015 by okiegirlunleashed

When I was a little girl, I remember walking home from elementary school one day. An older neighborhood boy was perched on the corner fence, waiting on us smaller kids to walk past. When I got near him, unprovoked, he kicked me in the shins. I ran the rest of the way home, blonde ponytail bouncing, hot tears streaming down my face. My protective older brother, Keith immediately demanded to know why I was crying. I told him what had happened and who the culprit was. My brother said, “Come with me” and grabbed me by the hand as we marched over to the boy’s house. He knocked on the door and when the bully answered, my brother informed him that he was going to just stand there while I kicked him back as hard as I could. Then, I did. He never messed with me again.

My brother, Keith and me, back in the day. (Note the sweet Dallas Cowboys Cheerleaders satin jacket)

It never occurred to us, back in 1980-something to grab one of our dad’s guns on the way over to our mean neighbor kid’s house. It just wasn’t the way we were raised or the way the world worked back then. We merely wanted to teach him a lesson and I’m quite sure he learned one. Even though we were raised around guns, we were taught a great respect for them. I don’t know when things changed or where the world went wrong. It seems all too common to hear about people skipping all of the available options when it comes to conflict resolution and heading straight for “kill”. When did people stop caring about the sanctity of human life?

I see so many people (especially online) flippantly make comments about killing others or wishing someone would die. Does someone have different political views than you do? Disagree with our President? Someone say negative things about your favorite movie? Feel disrespected by someone? Did some idiot cut you off in traffic? Meet someone with differing religious views? By all means, why not wish them dead? It seems to be the norm these days.

Could there possibly be another solution? How about changing the channel, walking away from the computer, or turning off the political rhetoric? What if we could all come to the realization that we are all entitled to our own opinions regarding politics and religion as long as they don’t infringe on each other? What if, instead of engaging with the idiot in traffic, we simply changed routes? How about refusing to participate in unwinnable arguments and spewing hate? What if, instead of trying so hard to impose our views on others, we simply started showing compassion and kindness instead? Or, what if we actually embraced each other’s differences instead of fearing them and learned something from one another?

I realize that peaceful personal dispute resolutions may not always be possible. But, over the decades, people have used some pretty creative solutions: Arm wrestling, sing offs, dance offs, the Dozens, fighting, wresting, drag racing, mediation, or just good ol’ communication. While I’m teasing about some of these, there are so many viable ways to solve our differences. If we’d only respect each other a little more- even if we don’t always like each other or agree- maybe we could start to see that every life has value. Ending someone’s life is a permanent choice for a temporary moment of anger.

Often, I just have to back away from the 24 hour news cycle, all of the bad things in the world, the negative reports, and focus on what’s real: my friends, my family, my church, and those relationships that matter the most to me. Sure, there are bad things in the world but there’s plenty of good, too.   I can’t allow myself to be entrenched in the bad or it starts to feel like everyone is out to get me.

Perhaps we all need to lower our defenses a bit and realize that even if we disagree with someone, they may still be an intelligent, valuable, kind, caring human being but only with a different point of view. Or, sometimes, they really are just a real jerk who we need to try to avoid. Either way, lives still matter.  Communication and compassion go a long way in a world that seems to have lost its way. 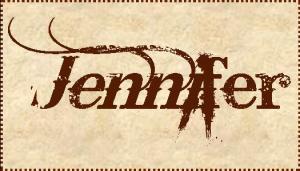 4 Responses to Finding Compassion in a Conflicted World